The requirements of this exercise are a little unclear as the opening line refers to the first part but there appears to be no second part. The idea to to consider the effect of increasing sensitivity. I took a series of photographs of the clematis bloom at 100, 200, 400, 800, 1600, and 3200 ISO. I then increased the magnification to 100% and reviewed the results.

Fig. 02 is a screen shot of the ISO 100 image compared with the ISO 1,600 image. The noise level is distinctly noticeable and there is a significant loss of detail. The colours are more saturated but there is a loss of highlights and thereby a loss of contrast.

Fig. 03 compares the 100 ISO photo with the 400 ISO. There is discernible noise at 100% magnification and the colour rendition and contrast has altered but in many circumstances this would be an acceptable starting point for a photograph.

Noise is a particular feature of digital photography and whilst it originates in similar circumstances it does not have the same effect on a photograph as film grain. Grain arises as a result of the size of the light sensitive grains in the film. Faster film has larger grains. Fast, i.e. more sensitive, film captures the subject accurately but with less definition. Noise is an artefact introduced into the image when the sensor lacks enough data to process accurately and this lack of accuracy translate into a fuzzy representation especially in the shadows.

Better sensors in DSLRs have reduced the problem of noise and, as can be seen in the example above, ISO 400 will typically cause few issues unless the required print size is very large. In assignment 3 I was often working in very marginal light and, because using long exposures or artificial light was not an option, at times I had to push the camera using very high ISOs. The most exaggerated instance of this approach was in the following image. 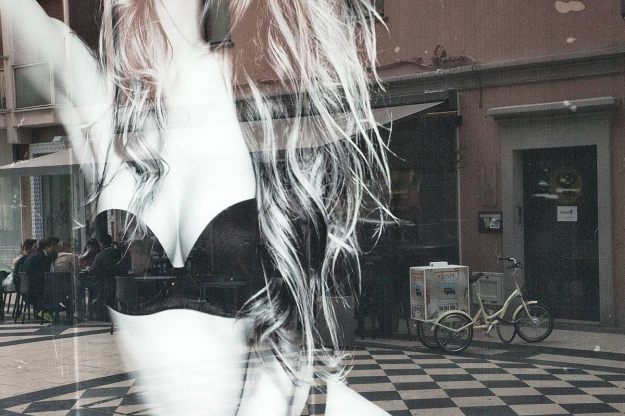 If I isolate the tricycle in a A4 sized view (100% magnification) the result is noisy.

There are vertical lines and a loss of definition (although it should be noted that the tricycle is a reflection in a shop window so is already indistinct.

There is no general answer to when there is too much noise. The photograph in fig. 04 works for me because the noise level is acceptable in the context of the subject, the theme and my intent. If it was intended to be printed as a poster it would probably become unacceptable and even at A4 this level of noise would be an issue if quality was a major factor such as a portrait or a landscape photograph for a advertisement or a brochure.

The summary is that the effect of using a very high ISO must be understood and restricted to circumstances where the impact is acceptable. Acceptable to a photo journalist will often be very different than to a landscape photographer so context is usually the most important factor.

Fig. 01 is deliberately lighter. I have used a small flashgun on camera to fill in the shadows and to make the subject stand out from the background. The subject has his back to fairly early morning sun so his face would have been in shadow without the flash. To achieve this with artificial light I would have needed to expose for his face and this would have blown out the highlights in his hair. I have been experimenting with this technique after studying Martin Parr’s work (here). I am still a long way from finding the right background and foreground balance but overall I like the technique. 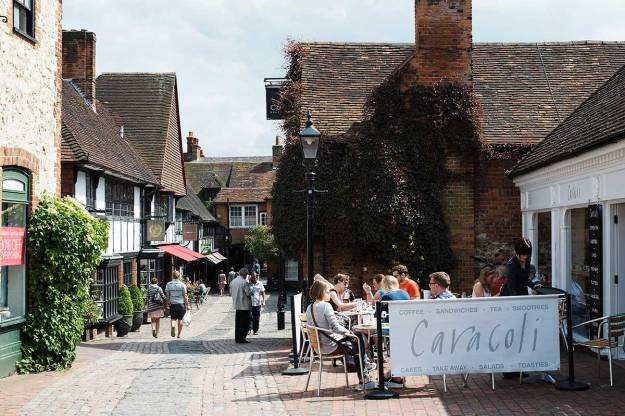 Fig. 02 is deliberately darker. I have underexposed by 1 stop to increase the colour saturation and to leave as much as detail as possible in the lighter areas of the pavement. I have sacrificed detail in the climbing plant on the right back wall but this could easily be brought back in Photoshop. The picture was taken in bright afternoon sun and, in my opinion, the automatic settings on the camera would have over-exposed the shot. When conditions are bright I will often, maybe even usually, under-expose by 1/3 or 1/2 a stop to increase saturation. This also has the benefit of capturing detail in the highlights so, if I want to adjust back to an average or over-exposed shot I have plenty of data to work with.

Fig. 03 is deliberately darker. I wanted the detail in the clouds to be retained and for the young crop to be spring green. I prefer a picture like this to be saturated and on the darker side of “average”. This highlights the fundamental problem with this exercise as there is obviously no possible definition of “average” in this context. There is a strong element of personal preference involved.

Different type of subject but fig. 04 is the same approach as fig. 03. It is deliberately darker with the intent of increasing saturation and to get the effect I was looking for with the strong colour of the red bricks and the green box. 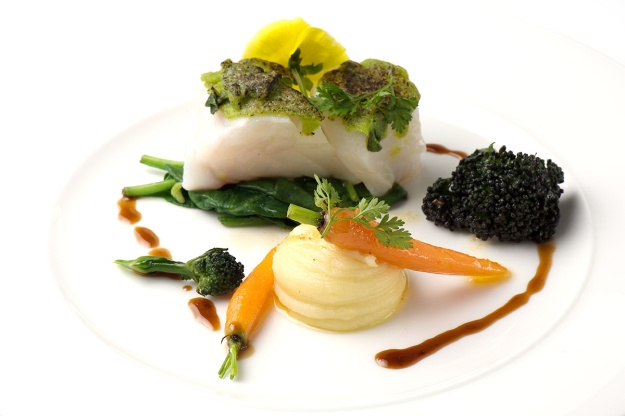 Fig. 05 is deliberately lighter than average. It was taken using a flashgun in a cold-shoe soft box to the top left and two sets of small LEd light to the right to fill in some shadow. I have set out to blow out the plate to the left but to leave the food strongly coloured. It is in effect over lit and over exposed to get this effect. 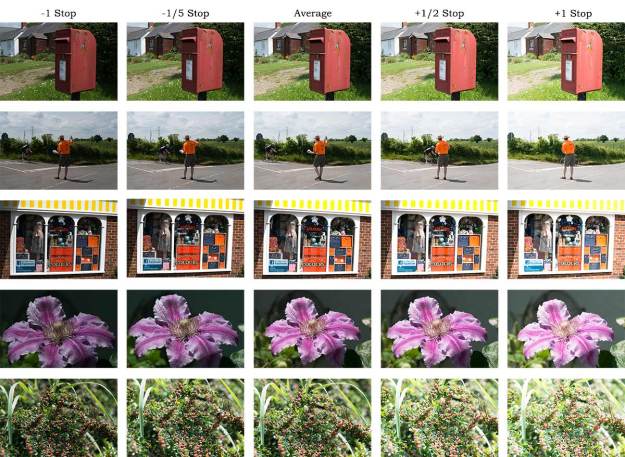 The above five subjects have all been bracketed at 1/2 stop intervals starting with -1 and ending with +1. There are no significant surprises. In full size I would prefer the -1/5 a stop to the +1/5 a stop and the “average” is generally acceptable. I have noticed that images prepared for the web are often better when slightly over exposed and I think this is the case with the flower and the letter box above although +1/3 of a stop would probably have been about right.

Studying with OCA towards a BA (Hons) Photography degree

The Open College of the Arts' blog